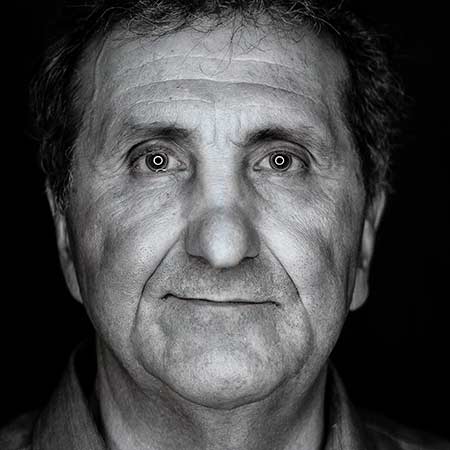 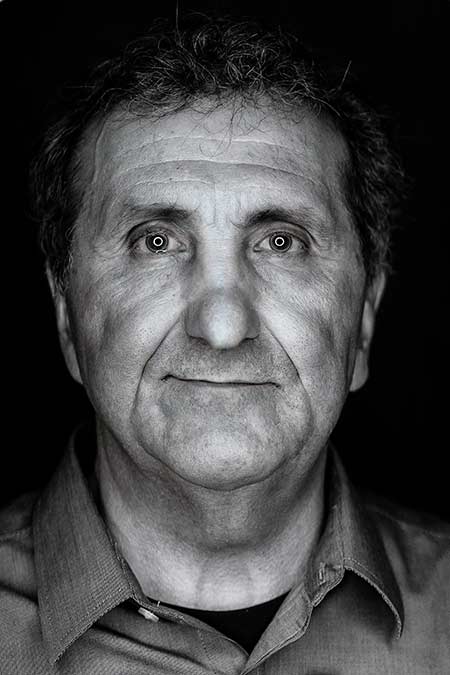 Pete Souza is a best-selling author, speaker and freelance photographer based in Madison, Wisconsin. He was the Chief Official White House Photographer for President Obama for all eight years and an Official White House Photographer for President Reagan. His book, Obama: An Intimate Portrait, published by Little, Brown & Company in 2017, debuted at #1 on the New York Times bestseller list; it is one of the best-selling photography books of all time.

His 2018 book, Shade: A Tale of Two Presidents, also debuted at #1 on the New York Times bestseller list. Shade is a portrait in Presidential contrasts, telling the tale of the Obama and Trump administrations through a series of visual juxtapositions.

Pete has lectured many times on his photography including at the Smithsonian Museum of American History, Carnegie Hall, Harvard University, Facebook, and in Italy, The Netherlands, Spain, Portugal, India, and the United Kingdom. He has appeared on CBS Sunday Morning, Dateline NBC, ABC’s 20-20. NBC Nightly News, Morning Joe, Face the Nation, Fox News Sunday, The 11th Hour with Brian Williams, All In with Chris Hayes, and The Today Show.

The Way I See It, is a documentary based mostly on Souza’s New York Times #1 bestsellers, Obama: An Intimate Portrait and Shade. It is an unprecedented look behind the scenes of two of the most iconic Presidents in American History, Barack Obama and Ronald Reagan. The movie reveals how Souza transforms from a respected photojournalist to a searing commentator on the issues we face as a country and a people. It was named Best Documentary by the New York Film Critics and was the winner of the Critics’ Choice Award for Most Compelling Living Subject of a Documentary. It was also nominated for an Emmy for Best Outstanding Documentary.

Pete’s latest book, The West Wing and Beyond: What I Saw Inside the Presidency, is filled with stunning photographs and powerful storytelling of the Presidency from his time inside the White House. Focusing on the people, processes, and traditions that define our nation’s highest office, this book will put you inside the Presidency, looking out–and deliver a new view of the Secret Service, the seriousness of the Situation Room, and even the waste-paper basketball games played in rare moments of downtime outside the Oval.

Pete Souza is now delivering a rare and unique virtual program, “Presidential Leadership & Legacy.” He shares some of his favorite images of Reagan and Obama, providing candid moments that are windows into their humanity. What we see in Souza’s photographs are two presidents who clearly respected both the office they held and the people with whom they interacted, no matter the circumstance.

As the Chief Official White House Photographer for both Barack Obama and Ronald Reagan, Pete was in a unique position to spend rare and intimate moments in the Oval Office observing two transformative Presidents of the United States. He shares some of his iconic behind-the-scenes photographs, along with his poignant detailed stories, all leading to a bold and dynamic depiction of true leadership.

“What a WONDERFUL once and a lifetime opportunity! I can’t thank you enough for bringing him to speak & for your help to make sure I got a spot tonight! It has been many years since I’ve had the opportunity to hear someone speak, where I admire their body of work & them. For Mr. Souza to be so open honest made it even better. The images he shared and the insight from behind the scenes he had on was amazing!!!! Mr. Souza what a truly memorable experience tonight was for me. Thank you again for everything.”
—EVENT ATTENDEE, UW-Milwaukee

“Pete Souza was simply extraordinary. While we cannot safely gather in our performance halls and art galleries on campus at this time, we were able to bring Mr. Souza into our virtual School of Visual & Performing Arts’ Industry Insight Series. He created a wonderful, specialized presentation for our Community College audience made up of students, faculty, staff and patrons, providing important insight about his work. His generosity of spirit, thorough preparation, humility and welcoming attitude created a safe and effective space for our students to learn. In our continued search for inspiration during these challenging times, Mr. Souza’s presentation served to inspire our students and faculty, encouraging all of us – especially in education – to continue our work. I look forward to welcoming him to our Performing Arts Center when we are once again able to convene. It was a truly unforgettable evening and we are so grateful.”
—JENNIFER SMOLOS, Dean of the School of Visual & Performing Arts at College of the Canyons (Los Angeles, CA)

“Pete is humble, humorous, and is a great storyteller. He is a true national treasure.”
—ELIZABETH PAHL, Ohio University

“Pete was incredible. He held the room in the palm of his hand, making them laugh and cry with his powerful presentation. We have already received wonderful feedback from our guests — many of whom want to know when he is coming back.”
—MARY MCMURRAY, Truman Library Institute 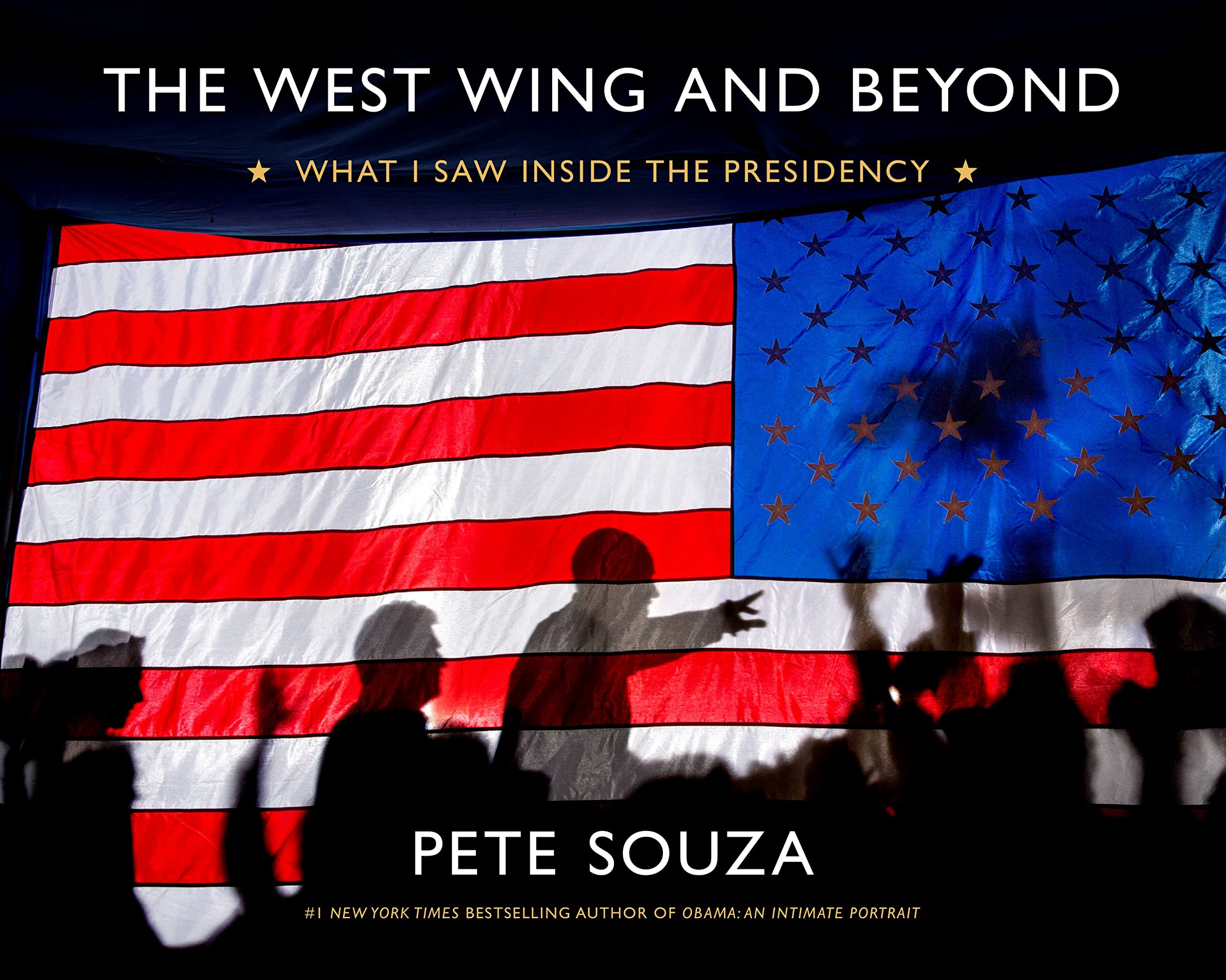 The West Wing and Beyond
What I Saw Inside the Presidency

Shade
A Tale of Two Presidents

**updated with 60 new pages and including the release of the Mueller report.

Shade
A Tale of Two Presidents

Obama – An Intimate Portrait
The Historic Presidency in Photographs

The Rise of Barack Obama